This ELH Challenge was to share an interactive timeline example.

I decided on six nodes representing key moments in the development of Virtual Reality (VR). Once I added timeline labels and grouped the timeline together, the main challenge was getting the navigation system up and running.

In testing this worked unless I clicked the navigation buttons numerous times. This would continue to change the variable even if the timeline wasn’t moving. I fixed this by adding a condition to the button itself so the variable wouldn’t change once it reached a set value.

Click to launch the Moments in VR Timeline below: 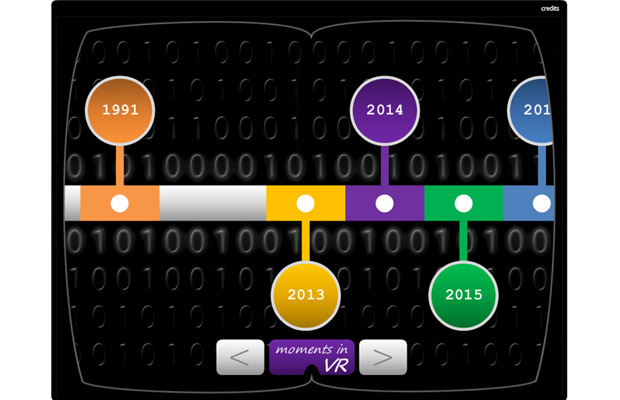