This ELH Challenge was to share a branching scenario example.

I used Michael Allen’s CCAF (context, challenge, activity, feedback) model to demonstrate how choices made by the learner can have dramatic consequences.

The course is set in a Lego world. You initially choose from one of two avatars — which were downloaded from the Articulate Community (thanks Tom) — and are then welcomed into their house for some home cooking. 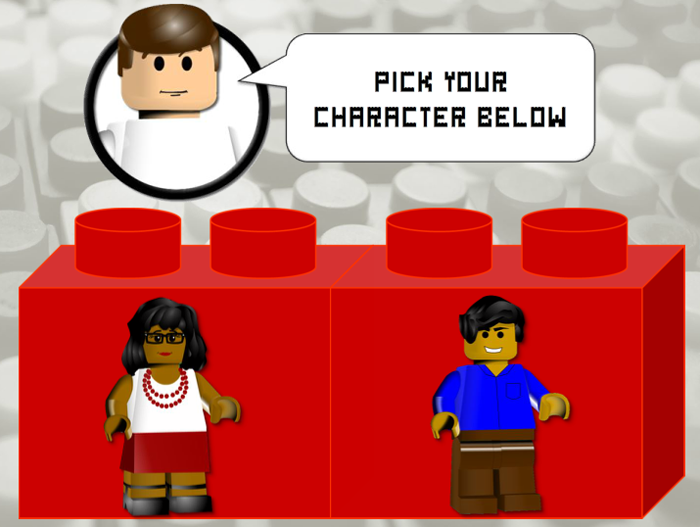 When your avatar is selected, it sets a variable that controls their appearance during the course.

Background images were sourced from a creative commons public domain search and the Lego-like font was Danish Bricks from Rafael Hoffmann.

The Lego bricks used throughout the course were built using simple shapes and then grouped together.

Your host is distracted and a pan in the kitchen catches fire!

The course narrator — another Lego character from the Articulate Community — provides you with four options in dealing with the fire. 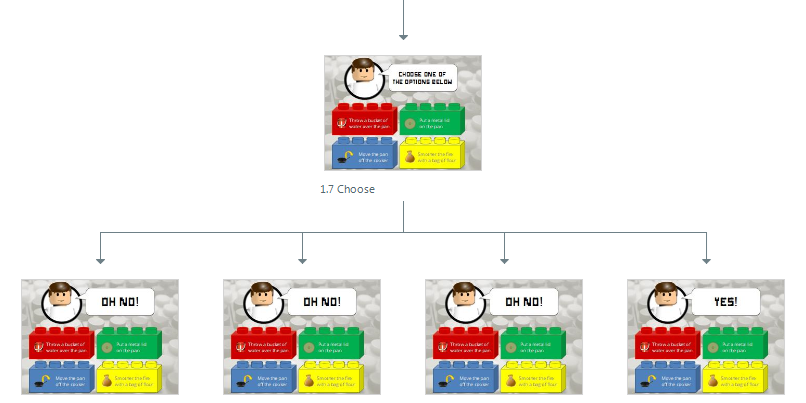 Various feedback and consequences are delivered to the learner based on their selections during the activity.